Phew, what a few weeks!

It has been a very busy few weeks, both for running and the rest of life.  I’m consistently running at least four times a week (with six being a recent record!) but the longest I’ve run in the last month is about seven miles.  I would like to add in some longer runs soon – maybe up to about ten miles.

Last week I took a week off work, the idea being to get some outstanding jobs done and have a bit of time to relax…….  well some jobs got done, but the relaxing didn’t!  However it was very nice to get out and run with a little less time restraints.  One run I loved – we went back to where I used to live, to run the footpaths and tracks that I started my running journey on.  Due to reasons of not wanting to bump into a particular individual I haven’t been back for years – but now that isn’t an issue it was lovely to go back.  We covered 5.5 miles – mainly trail, with a little bit of road (when I missed a turning on the footpath !).  It was sunny, with a bit of breeze and absolutely perfect.  It reminded me of my love of running trails, and I am definitely doing the right thing trying to do more of this.  It was the morning after an evening club run, so my legs were a little bit achy – which trying to run through rough grass doesn’t help, but I’m hoping it all helps strengthen them. 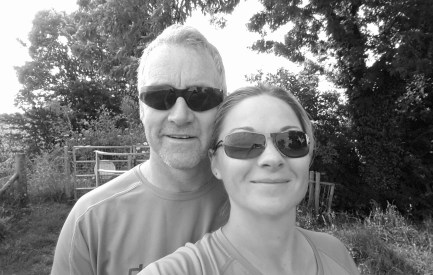 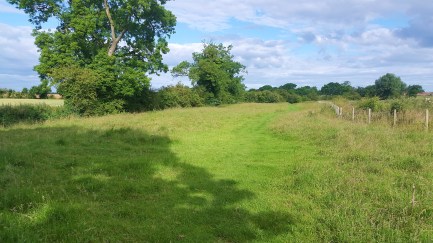 I’ve been a little bit worried today thinking about where and when I run, due to a murder that has just been reported not many miles away.  The reports state that someone has been arrested, so I am presuming that any immediate danger has been removed, but it has worried me because they are asking for witnesses from people using a particular footpath – an old railway line that I sometimes run on.  It all just seems a bit close to home.

I ran Walkington 10k last Friday evening.  I had been warned that it was a hilly course and it was.  But I didn’t mind that actually.  It seemed a very friendly and well organised event and I was pleased with my finish time of 55:57.  There wasn’t a medal, but there was a t-shirt (that I will wear) and a welcome mars bar.  Would I do it again?  Definitely.

It was made a very nice evening by several of the club members visiting one of the local pubs for a drink before going home.  Although a late night meant that getting up for parkrun on Saturday was a bit of a push!

I’ve had to include lots of photo’s for this post – the Yorkshire countryside is very beautiful.