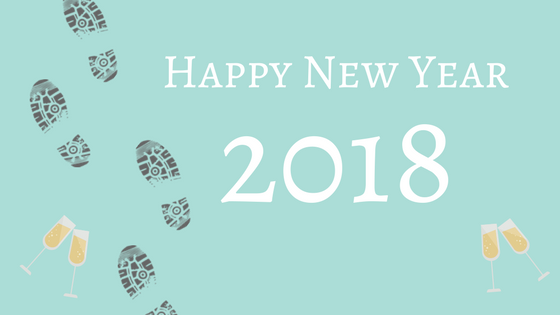 As we are caught up in the usual round of well wishes and resolutions, I have reflected on the year just gone. For 2016 and 2017 I set myself the challenge of running an average of 75 miles per month. 2016 I didn’t achieve this (due to illness towards the end of the year), hence why I set it as my aim for 2017. Well this year I’ve done it!

I am very very pleased to have done this 🙂

So how about 2018, what is my goal going to be? Initially I was going to aim for 80 miles a month, but as I am pretty close to that it seems like a bit of a get out, so I’m going to say it…. I’m going for 85 miles a month, which is 1000 miles for the year! Bare in mind that I’ve recently upped the number of hours I work, which has the knock on effect that I don’t have as much time for training as I did, this is a significant challenge for me. We’ve got a few races booked, and more to book. Half marathon will be the longest race definitely (and I’m not totally decided if I’m going to enter that yet).

Peter Pan – this isn’t a parkrun I’ve done before, I had no idea of the route, the number of laps, the terrain…. (oops, hadn’t really prepared well had I?!). I soon found out that it is 3 laps, made up of a couple of out and backs and a loop round a park / sports field type area. Some on grass, some on tracks, completely flat. It was wet and muddy on the grass in places but not too bad. The atmosphere was good, volunteers friendly, HUGE attendance. I set off steady, very aware that I had two parkruns to run and had a very pleasant run, including chatting to others from my home parkrun. Finish was very busy but quickly through the scanners and finding the rest of our group ready to rush off to the next one.

Humber Bridge – I’ve done this one before, just once. It is a loop around the country park, on hard paths but muddy / puddly in places and quite up and down. Three laps in total. Following on from Peter Pan we were expecting this one to be very busy with lots of others doing the double and we weren’t disappointed (555!!) which did mean the start was very congested, spilling off the path onto the grass and resulting in lots of mud flying and people slipping – all good fun though!

The first half of the route takes you uphill a little, with more descents on the second half along narrow paths through trees. The last time I’d done this there were far fewer people and to be honest it isn’t a course that could regularly cope with this quantity, however good fun was had, puddles were run through and three laps done.

I’m really pleased that we made the effort to go, I enjoyed the social fun without pressure on times.