I may have been a bit grumpy…. It is now over five weeks since I fell whilst running the Keswick Lakeland Trail Challenge and I’m just starting to feel like I can begin to push my running again. It has been so frustrating!

I will admit that I haven’t stopped running completely in that time, but cut right down to a couple of easy runs each week. Initially it was my ribs that were causing me the most pain and then as they started to ease, the level of discomfort in my left quad became apparent. I was unable to walk with a full stride and the pain varied between a nagging ache and more sudden sharp pain. I’ll admit now that I haven’t been to see a physio (or GP) preferring to give it some time to see how I got on.

I’ve also started a new job! This job will mean a bit of travelling from Yorkshire down to London, hence train travel. And guess what? Train on Monday, sore throat and stuffy nose by Wednesday evening. I really could have done without that! I’ve also had a recurring issue with my eyes getting very very red and irritated every time I wear my contacts. Over the last couple of months I’ve been to the GP twice and had different lots of eye drops to try and sort it. This has meant not wearing my contacts (I hate wearing glasses when running) and now several opticians appointments whilst we try to sort it. Add to that the wind blowing down several sections of fence, the central heating boiler needing to be replaced (next Monday!) and trying to sort car insurance for the teenager it has been a really busy time.

Running! Yes I have done some (but not a lot…) parkrun has been about running with others and having a good chat, club runs that I’ve done have been very steady, which has also given me chance to try out a new chest light and then my first ever cross country race.

Yorkshire Wolds Runners have this year been able to join the East Yorkshire Cross Country League after years of trying. This is a series of 6 races, all hosted by different clubs, between 5-7 miles each, all held on Sunday mornings at 10am, all with a 90 min cut off.

The first run was at Bishop Wilton. Now anyone who knows the area knows that this will be anything but a flat race. So we all turned up, in our club colours and were soon taken down the lane to the start point. Here we were given the pep talk – which included warnings about making sure gates were shut after we’d gone through, fallen trees we needed to duck under, and cows we needed to avoid…. To say I was apprehensive is an understatement!

As I was still struggling with my leg I really didn’t know until the morning whether or not I was going to run. With it being the first one I wanted to join in, and knew that as there were quite a few faster ladies then I wouldn’t affect the club results no matter how slow I went, so I did exactly what you aren’t supposed to do and dosed up with ibuprofen and headed to the start (I am not saying that is a good idea).

The first mile and a half were up hill. Steep. Knackering. Beautiful.

This was followed by the obvious downhill, hard packed chalk tracks for quite a bit of it. This worried me as it was the exact terrain that I thought would aggravate my leg. I tried to go pretty steady and I know I was favouring the bad leg, but got through without too much discomfort and started to feel a little bit more confident. That was until the cows.

Early on in the race we’d been through one dale which had cows in, but they were a fair distance away and taking no notice of the runners at all. 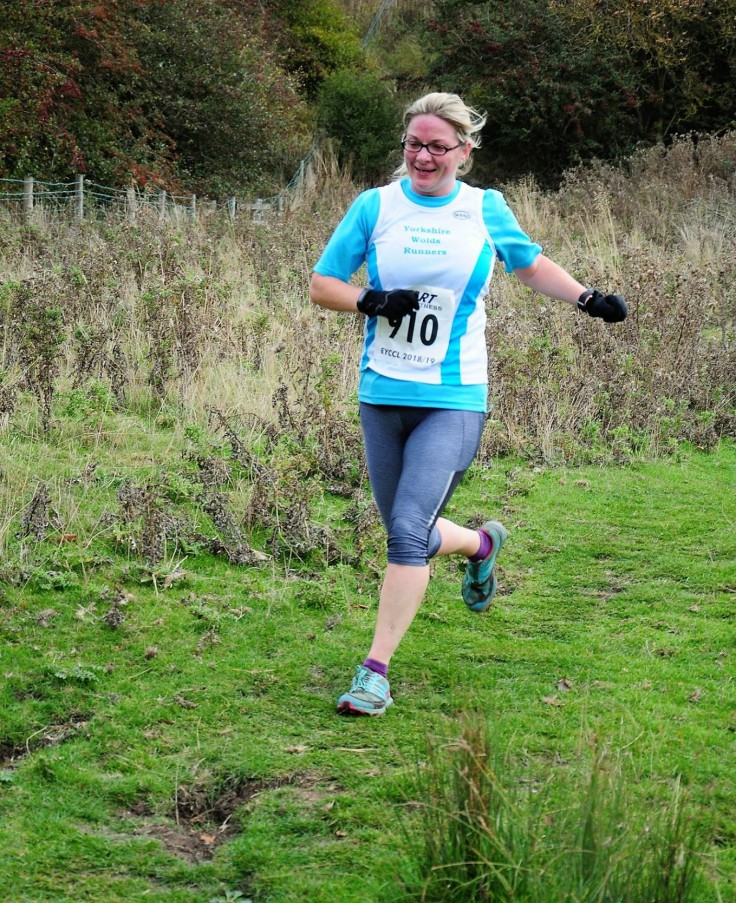 We’d been following a fenced path around a field for a while and then realised that we turned into that field. As is the nature of the terrian in the area it is very up and down, meaning something very close can be hidden from view until last minute. Cows. I really felt for the marshal who was stood at this point, creating a little bit of reassurance for me as he was standing between the route and the cows. It made me run faster anyway! (being fair, the cows weren’t taking much notice and there were no problems at all – I just really aren’t comfortable with cows).

Heading downhill through this cow field took you straight to the finish. Dropping over 300ft in less than half a mile, this really was steep. 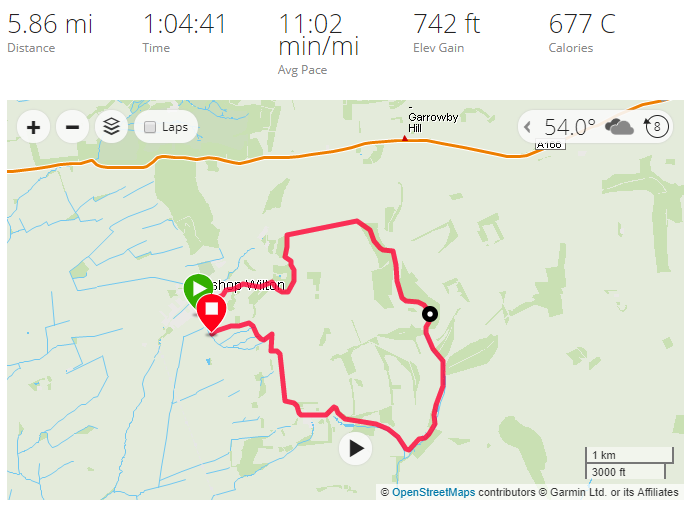 Fingers crossed that the leg doesn’t suffer from running this, but I did enjoy it and am looking forward to other races in the league. 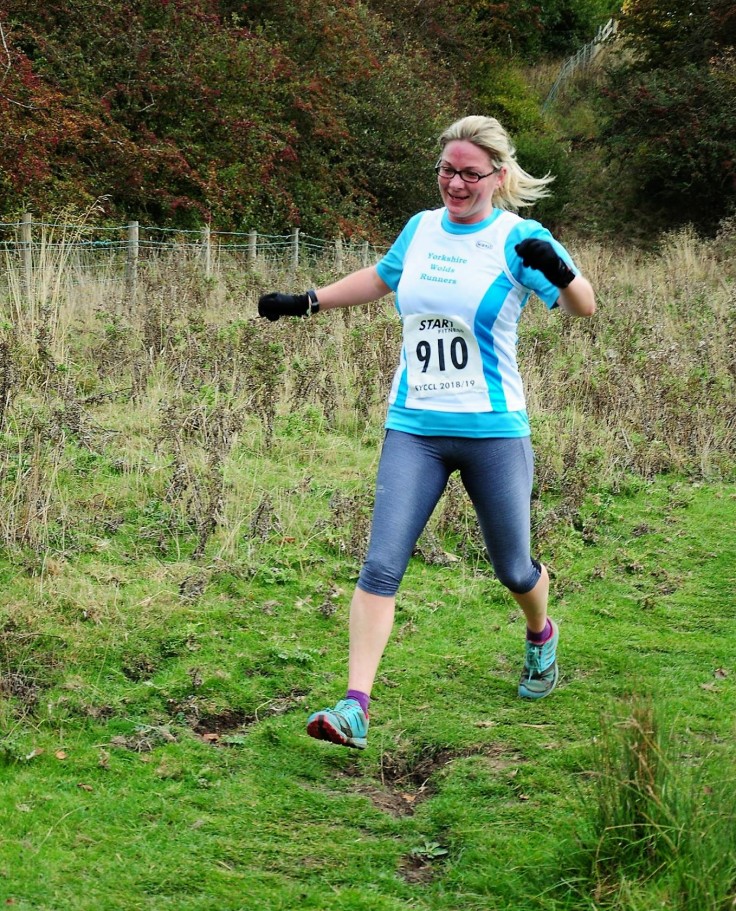