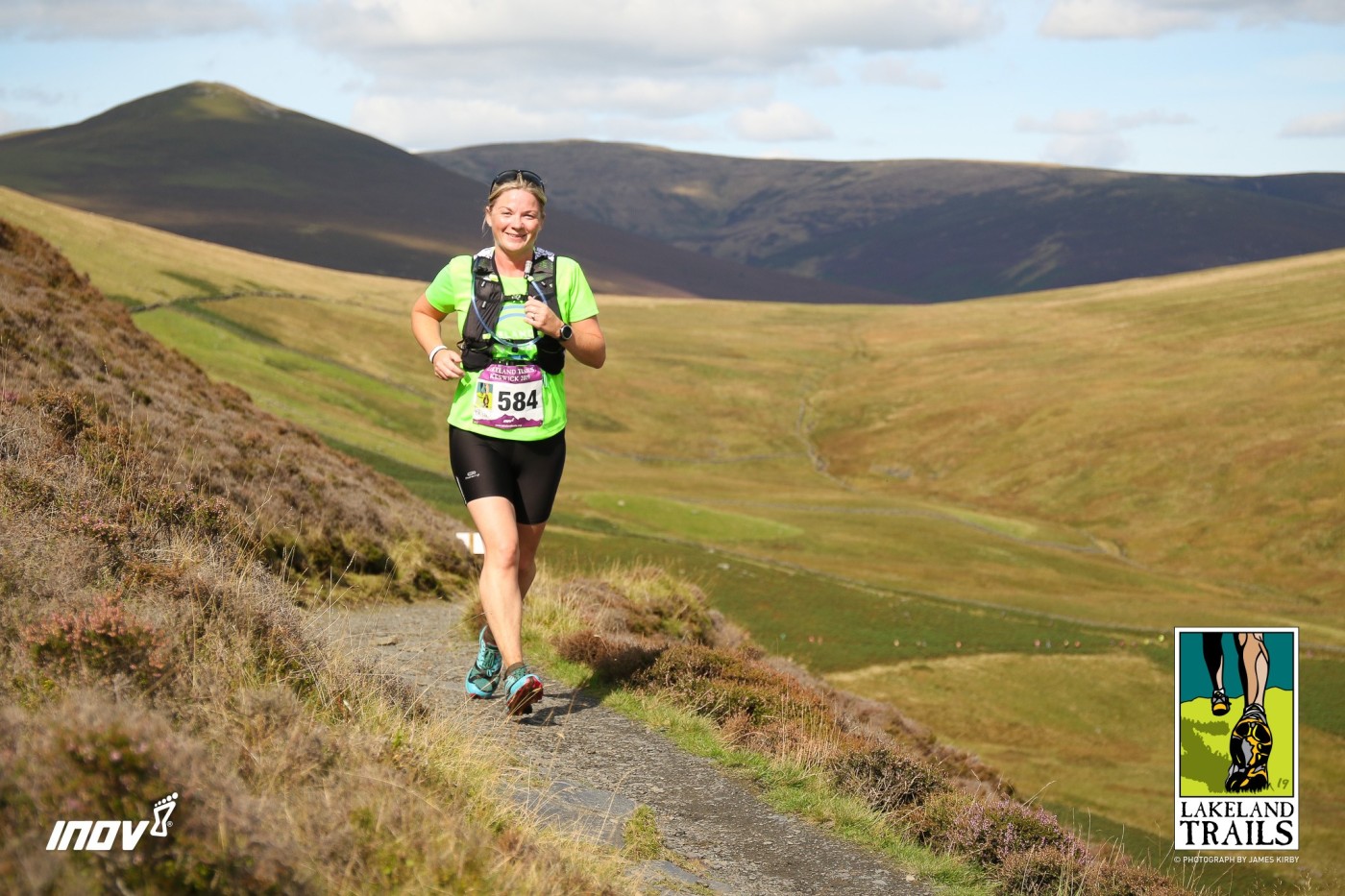 Well I had something to prove with this run.   I’d entered for the first time in 2018 and had found it hard, but enjoyed, up to the point of falling with about a mile to go and injuring myself (you can read about that fun here).

We weren’t going to enter this year as it clashed with a favourite race of ours (Bawtry Forest Trail Race) but were persuaded by friends on the understanding that we will all do Bawtry next year.  It is about 3.5 hours drive hence this means a weekend away – and camping.  Just the week before my son decided that he’d join us too but as the event was already full he wasn’t able to run (real shame, but maybe next time he’ll decide earlier!) but this also meant less room in the car…

Picture the scene…  big tent, trainers, lots of bedding for three people, suitcases for each, trainers, food, cooker equipment, tables, chairs, trainers, running packs, trainers…  (there were an amazing number of pairs of trainers!) all piled on the drive and the car ready to be packed.  Well it was a challenge!  We left behind three chairs that we just couldn’t get in, the bread got squashed, I cried with laughter, but we were packed.

The run is on a Saturday so we were heading over Friday morning and home Sunday.  Drive over was thankfully uneventful (though shout out to East Riding Library service for the audio books service – all three of us enjoyed listening to Michael McIntyre).

Campsite – booked in, paid, now to pitch the tent.  A new to us tent.  We’d had a quick practice at home and it had been quite hard work, I’d since googled and found a different way of putting up that we were going to try.  It rained.  But still, within an hour and 15 mins, we had the tent pitched, all guy ropes sorted, beds blown up and made, cooker unit etc done and table and benches unfolded.  And it had stopped raining.  The new way of putting it up – lots better!  There were 12 of us staying at this campsite – us in a tent, the others in campers or caravans (Scotgate campsite at Braithwaite – nice site) and by the end of the evening we were all squished in a camper van having a good giggle.

Also parkrun day.  We are creatures of habit and Saturday means parkrun.  We had the choice of two – Whinlatter or Keswick.  I’d love to do Whinlatter, but not the same day as I’m doing a tough race.  Keswick is currently on an altered course of 5 laps of the park.  Not the most interesting, but a relatively undemanding run.  3.1 miles run, in a quicker than expected 28:28.

Lakeland trails takes the form of a running festival – at Keswick there was a 5, 10 and 15k option, so lots going on during the day.  We had parked very near so decided to stay at the park all day – there’s a nice café for breakfast / lunch as well as lots of food stalls as part of Lakeland trails.  However, I didn’t think through what I was eating (or drinking) or when and paid for this a bit when starting the run later (bacon sandwich makes you so thirsty!).

I’d bought a new race pack during the week and this was to be my first proper run in it – so got that on and fitted (I’ll review this later), and headed off to the start line.  I find this event really laid back, to the point I wonder if I’m ready to run, but off we went.  My husband was running and we often fall into step together, but have no agreement to run together, just to how we each feel.  The first few miles are very tough, steep climbs.  A little bit on tarmac, but most on trails, forest tracks, mud, gravel – you name it, you are probably going to run on it at some point.  Lots of this isn’t runnable, not for me anyway, you just have to walk it.  Which does mean it is lovely when it opens up a bit and you can run.

Then there is the fell side.  We were stuck in a bit of traffic here, but to be honest probably wouldn’t have gone much quicker.  Amazing how many streams, bogs, holes there are along this bit!  I think the deepest I sank was about mid calf, but there was soon a stream to go through to wash all the mud off 😉

Across the bridge at the far end of the fell and you start the climb up the other side.  Here it starts to get more technical, less mud (although it is still there), less bogs and more rocky paths.  And just don’t look down to your left.  It’s on this section that the photo was taken (free race photos are part of the package) and it is here that I found my feet.  I’d also last minute swapped the insoles in my trail shoes which could have been a big mistake but at this point I was very grateful – it gave me a bit more cushioning that I was very grateful for on the rocky sections.

My pace picked up and I was really enjoying this part of the race – beautiful views down over Keswick, though I didn’t dare look much in fear of repeating last year’s fall!  Through another stream (great fun splashing through) and before long you are on hard packed trails heading down towards Keswick, and it just gets steeper and steeper.   I tried to work out where I’d fallen last year, but wasn’t quite sure.  After this my memory of the course is pretty vague – I was in quite a bit of pain at the time.  And now I’ve run it again…  I have no idea how I managed to finish.  The downhill final mile is painful even when not injured.  Think I’m grateful that my mind seems to have blanked last year out.

I’d started to take a little bit of notice of my watch when I knew that I had less than three miles to go and knew that I was in with a chance of getting the sub 2 hour that I really wanted, but knew that I was going to have to push.  By this point my husband was struggling quite a bit and I’d got ahead of him – I kept turning round and could see he was still running so kept pushing on.  Through a gate and into the park for the final 400 meters or so.  My son was waiting for me as I entered the park (thank you Will) and spurred me on (though I asked him to go back and run in with my husband), push, push, push those tired legs around the park and finally through the finish.  It was good to be there.

Through the tent for a very efficient t-shirt distribution.  Help yourself to a cup of water and you are done.  (Husband finished about a minute behind, suffering from a touch of heatstroke I think.  Very unsteady on his feet for a few minutes till we cooled him down and got some sugary drink into him).  We stayed about until the presentations and then it was time to head back for lovely hot showers before a very much needed meal at the Coledale Inn in Braithwaite.

I loved this weekend, away with good friends, lots of laughter and fun as well as the running.  Really pleased my son came with us, his last full weekend before going away to Uni.

Will I do this one again?  Definitely

Lakeland Trail series? Already signed up to Coniston 15k at the beginning of October!  So we’ll be packing up the tent again and heading back to the lakes for another weekend of camping with friends.  Can’t wait!